Hokkaido is known for its volcanoes and one of those volcano is Mount Usu. Located within the Shikotsu-Toya National Park, Mount Usu or Usuzan is an active volcano formed 20,000 years ago and has erupted 4 times in the last 100 years with the most recent eruption happened in the year 2000. 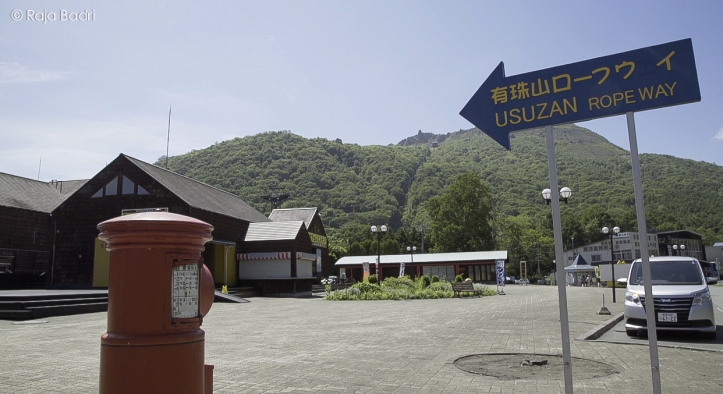 One of the easiest way to get to the top of Mount Usu is using the Usuzan Ropeway which is located at a small town called Kazan Mura which means ‘volcano village’. Kazan Mura is located at the foot of Mount Showa Shinzan, a young volcano mountain that rose from a flat wheat field to its current height of 290 meters between the year 1943 – 1945. 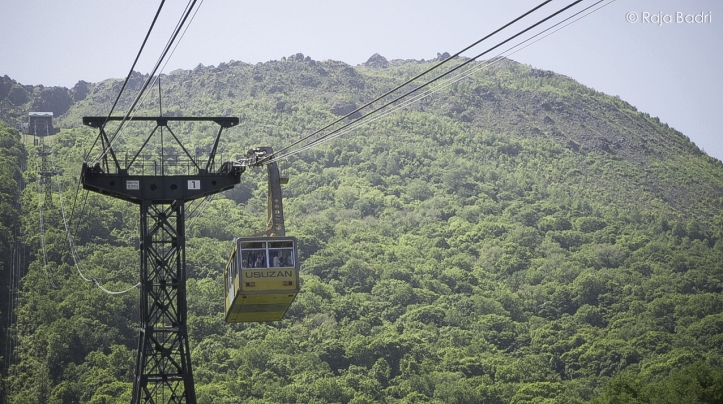 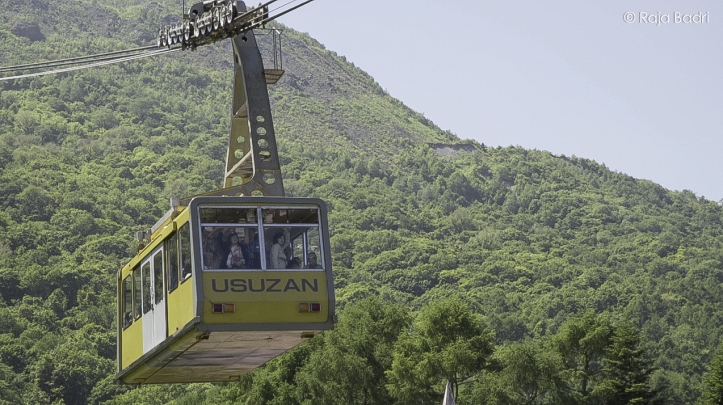 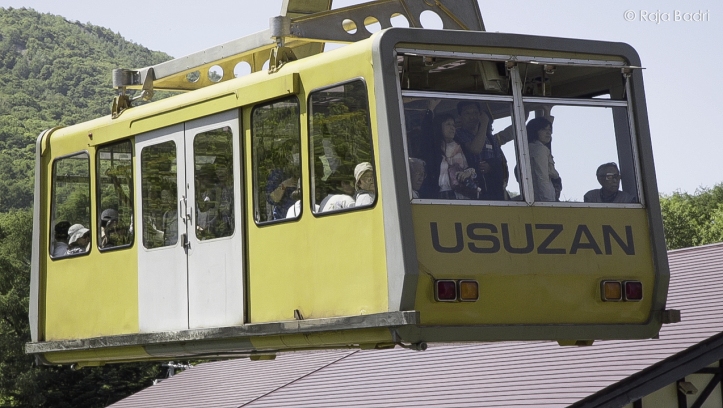 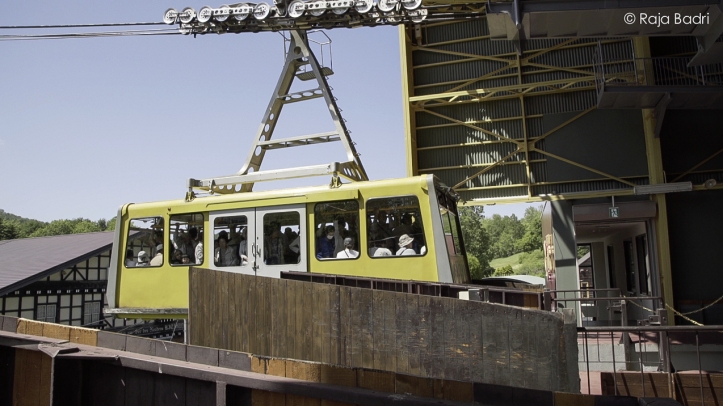 The Usuzan gondala can fit up to 106 passengers and it takes about 6 minutes to reach to the top.  On the way up, we could see the beautiful Lake Toya and Mount Showa Shinzan. 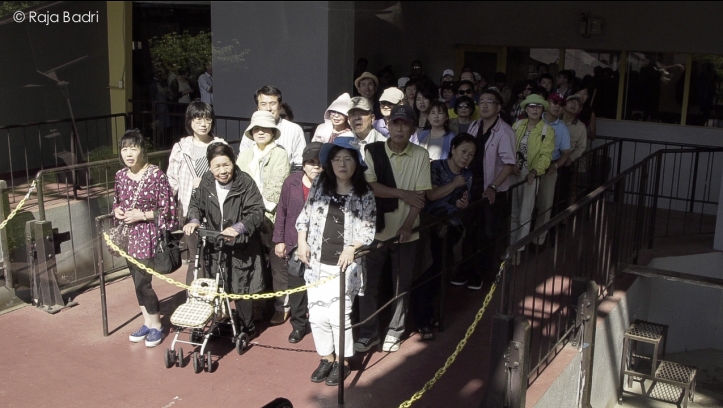 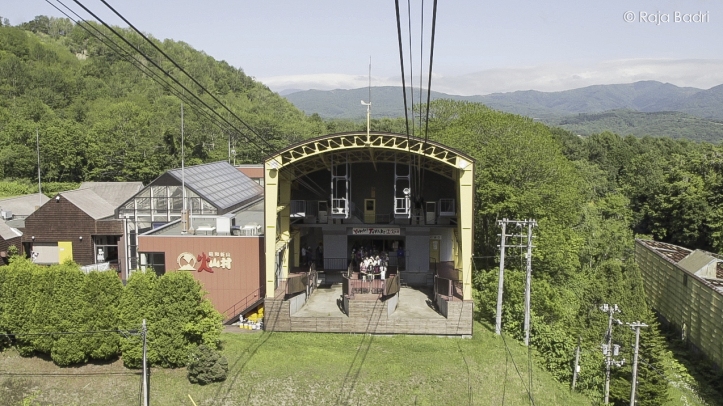 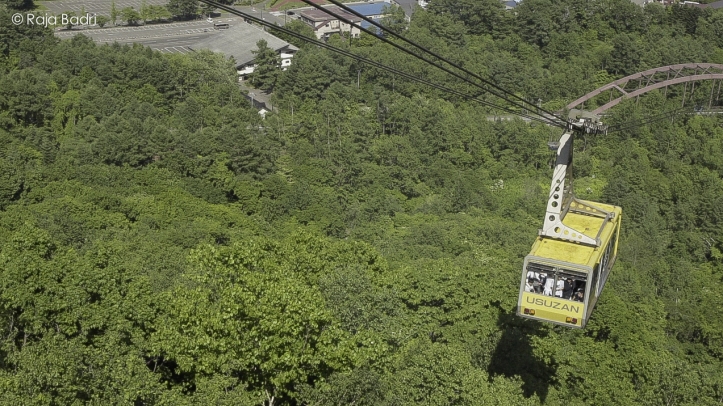 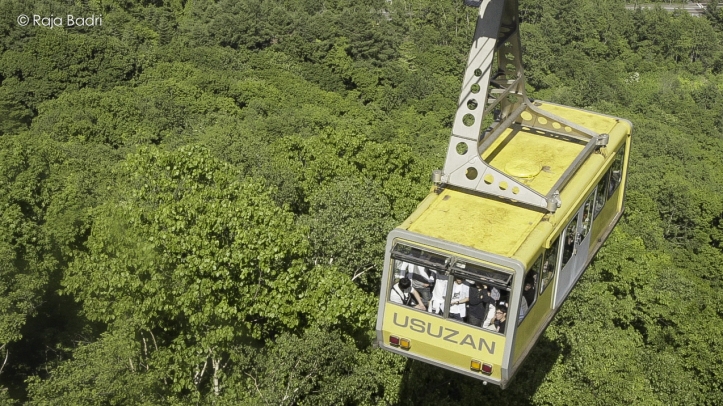 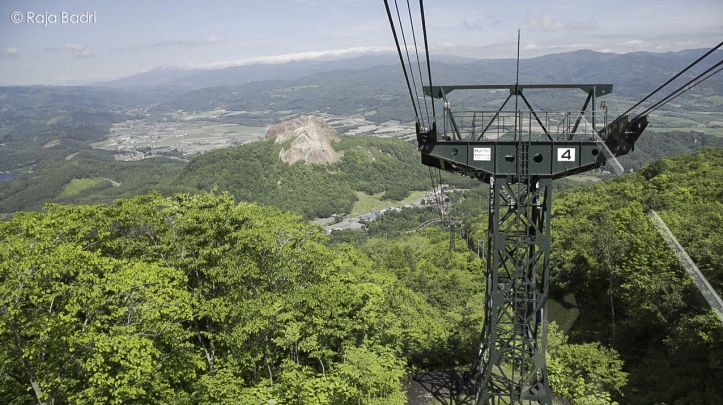 Upon reaching the Sancho Station, we were greeted with the amazing view of Lake Toya from the Lake Toya Observation Deck. We were told that different seasons brings different views of the lake and since we visited during summer it was green everywhere. 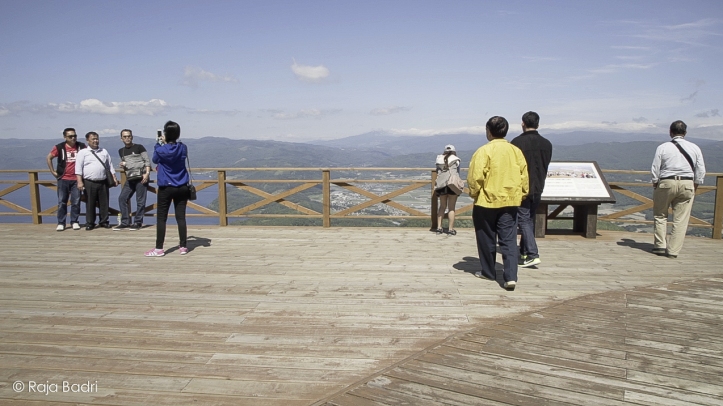 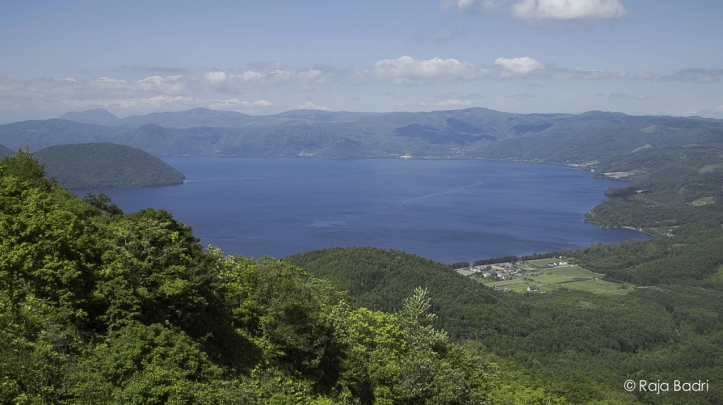 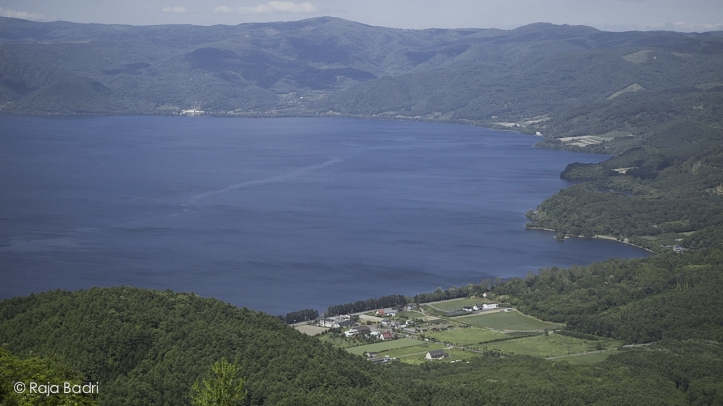 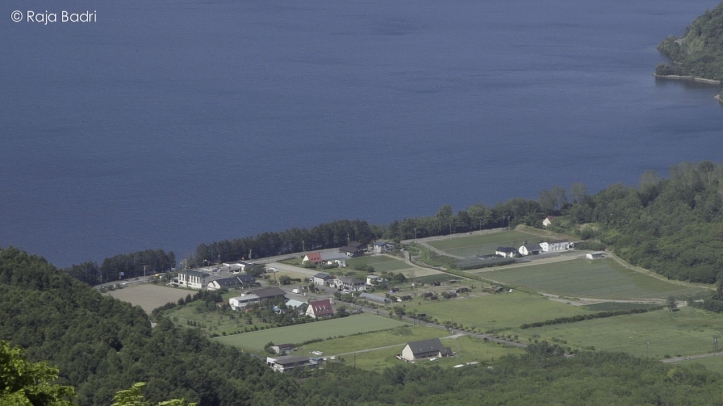 Lake Toya is a caldera lake with a circumference of 43km. A caldera means a large volcanic crater where the magma chamber has been emptied out and one of the interesting fact about Lake Toya is that it is an ice free lake, which means it never freezes even during the cold winter. 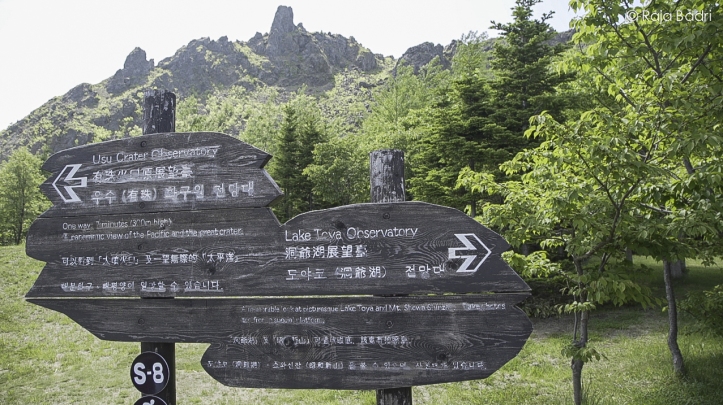 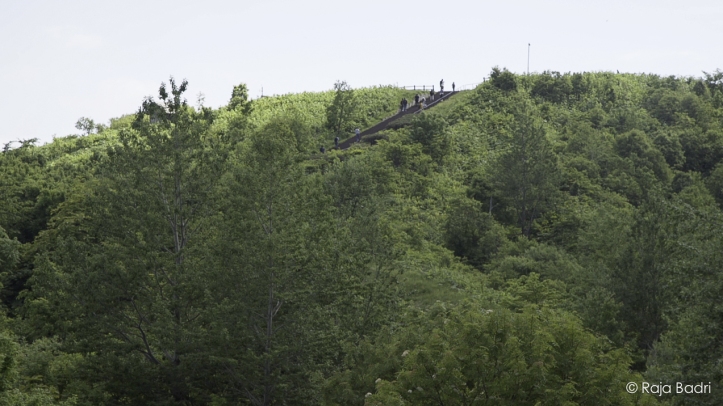 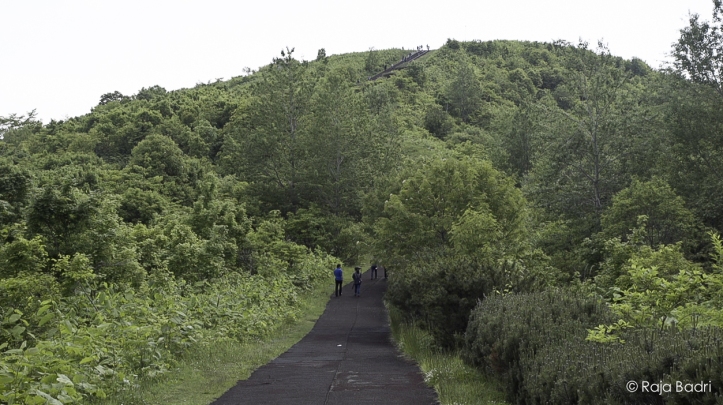 From the observation deck, we walked for another 7 minutes and found ourselves even nearer to the smoking crater. Opened in October 2004, this trail was once off limits for 27 years since the 1977 eruption. From the Usu Crater Basin Observation Deck, we could clearly see the smoke coming out from various parts of the crater as well as the walls of the mountains. A clear evidence of a sleeping volcano, we were in awe and nervous at the same time. 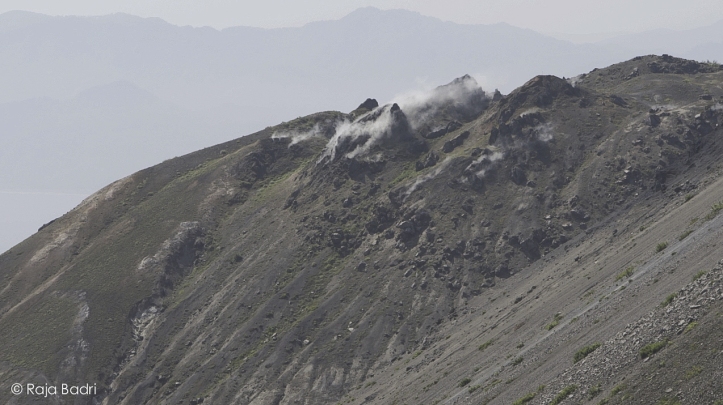 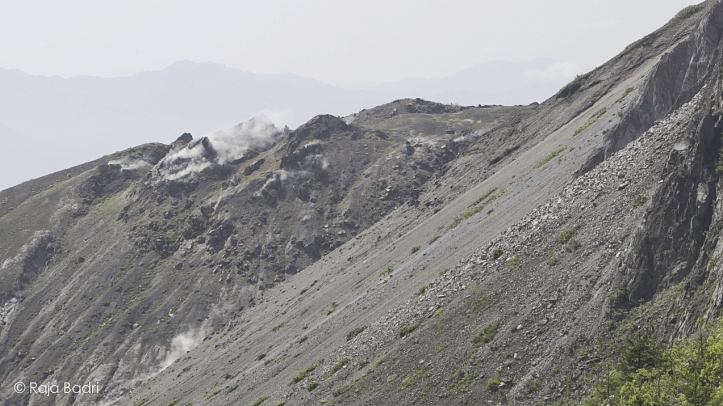 For another 30 minutes walk, there is the Outer Rim Boardwalk that could bring us even closer to the largest crater of Mount Usu which is the Gin’numa Crater. However, as we were running out of time, we were happy to observe the smoking crater from the Usu Crater Basin Observation Deck. 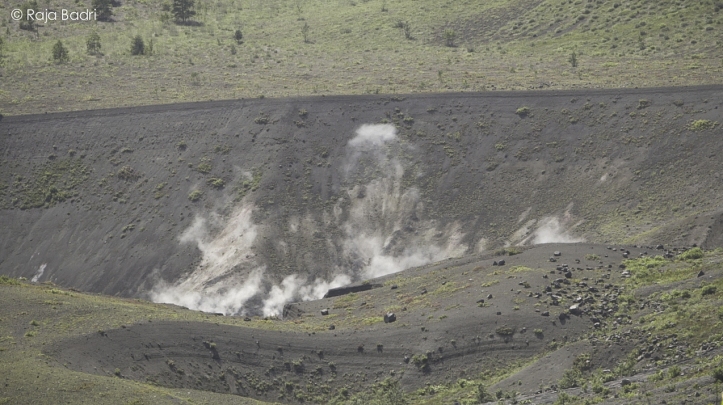 Should you plan to visit Mount Usu, we would recommend you to allocate a minimum of 2 hours to fully appreciate the magnitude of the place. 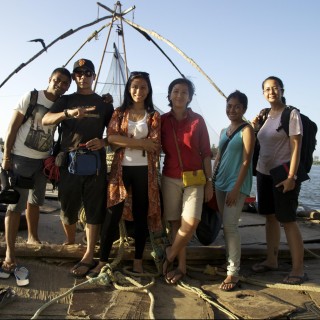 About Us Happy Campers Walkabout Happy Campers is a Malaysian television production company, founded by Raja Badri & Nurashikin - a husband and wife team. Our work often takes us travelling all around our country Malaysia (mostly), Asia (quite often) and sometimes the rest of the world. Happy Campers Walkabout, is our way to share our experiences and stories of the places we’ve been and the people we’ve met. This travel and lifestyle blog is based solely on our opinions and experiences.